Novras Iman is the son of Ashig Alasgar's brother Mashadi Salah. He was born in 1903 in Agkilsa village of Goycha district. He received his religious education in a mollakhana in the village of Huseynguluagali (Narimanli) in Goycha. After that, he gained a very rich knowledge by reading religious, artistic and historical books that attracted attention at that time.

After the establishment of the Soviet government, Iman worked for some time as the secretary of the village council in Seyidlar village of Kalbajar region. However, when he saw the persecution of the clergy, the destruction of mosques, and the burning of the Qur'an, he developed a strong hatred for this system and left his post.

Known as a poet from a young age, Iman began to practice music in 1925. The ban on reciting religious poems in assemblies made Iman even more pessimistic, saying, “My greed no longer works here; I will leave this country, ”he said. He also poured his books of poetry into the oven and burned them. Such actions of faith were described by many as "coming to an end."

Novras Iman came to Azerbaijan from Goycha in 1930 in such a nervous state, and disappeared in 1932.

Everyone loved and memorized the works of this poet, who wrote poetry under the pseudonym "Novras". Recently, a book written by Iman in his own hand was found in Ashagi Ayibli village of Tovuz region. We now have four thousand lines of poetry in various forms. In 2004, Sada Publishing House published a book that covers almost all of his poems. 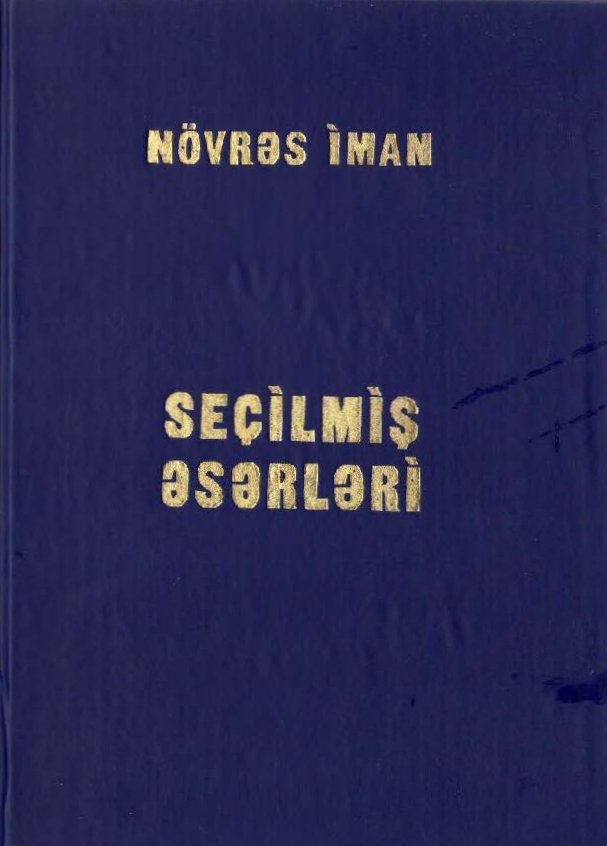